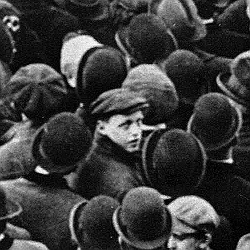 1) Please join us and take part in a global emailing campaign to news creators and politicians, calling on both of these powerful influential groups to properly represent the compassion for others and the craving for peaceful coexistence and peaceful conflict-resolution that the world public shares. Continue reading below.

2) We also have social media contacts for some well known public figures / artists who have been involved in antiwar campaigning who you can share this campaign with here:

Wake Up the World! via Social Media

3) Please get online to mainstream news sites and comment – where it’s made possible – on any related reports, particularly to challenge the ‘taken for granted’ ‘normal’ approach to war.

We don’t expect a corrupt war-machine system that’s been going on for many millennia to suddenly cave in because of a swathe of emails, but please join us in cracking open debate on this most horrifically painful and brutal of our inhumanities, as well as showing each other and those in power the force of awareness and feeling.

By waking ourselves, friends, family and contacts up to the fact that war is a racket, an ingrained criminal conspiracy, which can and must be eliminated from any humane civilization for us to survive, on a par with man-made climate change, there is real hope of spreading and building momentum to make progress in this ever more urgent campaign before it is too late.

News creators and politicians need to hear from as many people as possible that we see through the rotten racket and we demand a change in the mainstream. As the vast people-and-peace-loving majority, we demand that they represent us in words and actions.

The growth of independent news providers from outside the corporate world is a clear sign that people are willing to dump the mainstream and find saner alternatives, without the baggage of powerful interests.

War is Not ‘normal’. War is Insanity, War is a Racket.

Please Read and Send the long message shown just below in Green. Click the Country Links underneath it (or ‘Rest of the world’) and then Add your name and email in required boxes.

You may want to add extra recipients of your choice in the spaces provided, eg your own MP , editors and journalists of local and national news providers, or any other public figures, maybe from the world of arts and popular culture, that you think may have a sympathetic ear and support this campign.

I am writing to ask for your support in our global campaign to END THE MAINSTREAM ‘NORMALISATION’ OF WAR IN POLITICS AND MEDIA.

As threats of harrowing new conflicts and the disastrous consequences of previous ‘interventions’ rage on in several countries, people across the world urgently need to come out of our shells and work together against endless war being presented as ‘necessary’.

We need citizens, public figures, politicians and media workers to speak out against the grain strongly, clearly and together in favour of an urgent and permanent re-commitment to peaceful negotiations for conflict-resolution, particularly with the US president now tweeting constant swaggering threats of war escalation, including the use of apocalyptic nuclear weapons.

War must urgently become a relic of the past, a disastrous powerful-interest-driven mutation in our history that we manage to leave behind us, if humankind is to survive and progress. As long as war is judged and broadcast to be ‘acceptable’, as long as the vast fortunes from geopolitical warmongering rule our politics and inevitably colour our media and so our minds, humankind will remain enslaved to war and impending nuclear apocalypse.

We need the overwhelming global public desire for peaceful coexistence and conflict resolution to have its rightful place at the heart of international politics and reporting on international conflicts, replacing the current constant implication that war is an ‘acceptable part of life’. And we need this change to happen Urgently before fingers reach for increasingly ‘normal’ red buttons.

As a politician, media worker, or someone with a public voice, we call on you to please take this message to your own heart and let it reawaken and ignite compassion and sanity in your work. And we call on you to share this widely with colleagues in your own unique way, and by sharing the step-back.org website.

Specifically, we ask news creators and politicians at all levels to use your uniquely pivotal position in society to whistleblow and to challenge the systemic acceptance of top-down pro-war thinking. You are in a uniquely privileged and powerful position to bring about the change we most urgently need, by sensing and bringing into effect a clear distance between on the one hand the nefarious interests of powerful groups and individuals who profit from war, and on the other the pursuance of truthfulness, sanity and peace. Please dig deep, beyond career interests, to feel in yourselves the needs and support of billions of peace-seeking children, women and men around the world in order to take the initiative to forge a new future, by ending the insane groupthink ‘normalisation’ of war. We need you instead to raise to prominence the critical need for compassionate peaceful resolution of conflicts.

Together we can Make War History.

Click on your location from the choices below to prepare to email this message in your area. You can add and edit the journalist / political / public figure recipients which you think will have a receptive ear. We’re building up more contacts as we go, so if your country is not listed and/or you know who you think would be worth including please make the changes in your email and contact us to let us know 🙂

Please also share the website www.step-back.org to as many friends, family and contacts as possible via social media, in friendship groups, at prayer perhaps, socialising and in as many discussions as possible.

Wake Up the World! via social media >>>

Some online news articles are followed by comment sections. If you see reporting that ‘normalises’ war, do the readers a huge favour and point out the inconsistencies, the scaremongering, the framing of the facts.  Link to this site www.step-back.org, the many articles shared on here and elsewhere on the web. Challenge the false official narrative that corporate-state media is in thrall to, normalising war and justifying the latest use of force over negotiation, with only self-harming and long-lasting negative consequences.

I’m just one person, what can I do?