Women Against Rape:
“The allegations against Assange are a smokescreen behind which a number of governments are trying to clamp down on WikiLeaks for having audaciously revealed to the public their secret planning of wars and occupations with their attendant rape, murder and destruction… The authorities care so little about violence against women that they manipulate rape allegations at will …” – quoted in Pilger’s article. 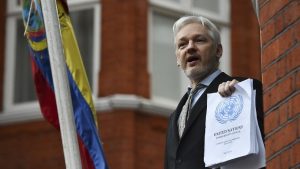 The persecution of Julian Assange must end. Or it will end in tragedy.

The Australian government and prime minister Malcolm Turnbull have an historic opportunity to decide which it will be.

They can remain silent, for which history will be unforgiving. Or they can act in the interests of justice and humanity and bring this remarkable Australian citizen home.