Some comments on the one-sided hypocrisy of the piece below by the BBC’s Paul Wood, who does a sympathetic makeover of a cannibalistic war criminal – luckily for him on the side the US and its allies are supporting – by saying basically that ‘people who suffer bad things do bad things to others’:

“The ‘official enemy’ only has to look at a British invader…oops, I meant ‘soldier’…the wrong way and Wood and his ilk are screaming blue murder from the rooftops but even eating someone’s internal organs, videoing it and posting it on Youtube must be understood, given context and excused when committed by ‘our side’! Just imagine Wood’s report if it had been one of Assad’s men who had done this and put it up on Youtube for the world to see. The BBC would have had Corbin and Simpson making their ‘documentaries’ about it too.”

“Amazing. Note Paul Woods oh-so-careful delivery (sad voice, sad voice). He really has outdone himself. From Fallujah to this, there’s no atrocity that can’t be explained away if it’s done by ‘our’ side.” 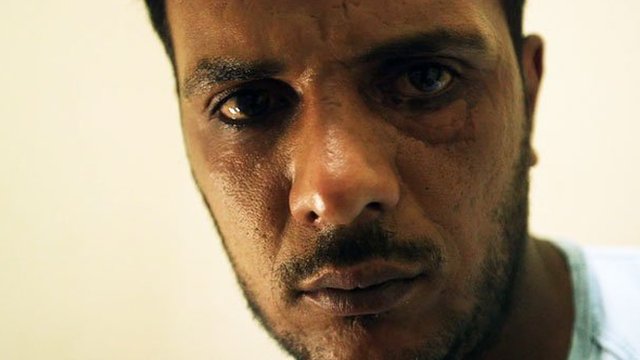